This website isn’t optimized for your browser. Kindly update to the latest version of Internet Explorer for the full experience. 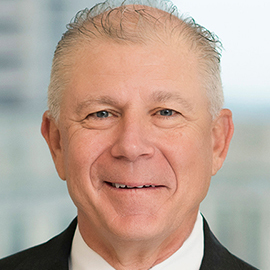 Mr. Mulroy joined EquityCompass in September 2017 and is the Senior Portfolio Manager for the Quality Dividend Portfolio. Tom has more than 30 years of investment experience, and has held various senior executive positions with Stifel since he joined the firm in 2005, including operating and policy involvement for capital commitment, equity and fixed income trading, enterprise risk management, and investment research.

Before joining EquityCompass Tom served most recently with Stifel as Co-Director of the Institutional Group from July 2009 to June 2017 and Executive Vice President and Head of Equity Capital Markets from December 2005 to July 2009. Tom was Co-President and Director of Stifel Financial Corp. from June 2014 through June 2017 and Senior Vice President from December 2005 through June 2014. Prior to joining Stifel, Tom served as Executive Vice President at Legg Mason Wood Walker, Inc. from 1986 through November 2005 and was instrumental in the transformative deal that brought Legg Mason Capital Markets to Stifel in their 2005 acquisition. Tom’s leadership has been a driving force behind Stifel’s growth since that time. Tom also formerly served as Chairman of the Board of Stifel Nicolaus Europe Limited.